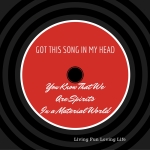 Have you ever started singing a tune that simply won’t leave your head, and then you wonder why/how it got there? Well, so have I.

I decided recently to start retracing my thoughts to see if I could better understand where/why it all began.

Eventually I started singing out loud. (All together now) “You know that we are spirits in a material world and I am a material girl”. In the shower, on the street on the way to the car, in the car, you get the idea. There, now it’s in your head too. Then it hit me. THOSE AREN’T THE WORDS. Has that ever happened to you or someone you know? Yeah, pretty silly right?

That moment when you realize, “those aren’t the words”

The song actually goes “You know that we are living in a material world and I am a material girl.” Notwithstanding any strange personal association to my being a material girl, I still wondered why I had kept singing that song, using those lyrics? Why had I substituted living for spirit? Then it occurred to me. The Police. Back in 1981 there was an album released called The Ghost In The Machine by The Police. The opening track on that album was a song written by Sting called ‘Spirits In The Material World’. Somehow in the inner recesses of my mind that song had stuck in my head . . . for over thirty years, and last week it surfaced again. Amazing how the mind works. I realized that after singing “We are spirits in the material world. Are spirits in the material world”, over and over again, I somehow must have morphed Sting and Madonna and voila, my own lyrical mashup, centered on spirit. Ok, so now that I have retraced the source of the songs, the question became:

What brought on this idea/notion/theme of spirit?

Over the past two years there has been quite a bit of soul searching and discovery in my life. Lots of reading, reflecting, meditating; lots of listening, watching and studying. As a result, I have found it useful to reflect on both how I FEEL in any given moment and relate/compare that to what I have LEARNED over the years. I have been on sort of a personal quest to better understand how our individual and collective spirits move throughout our lives in this time and space. 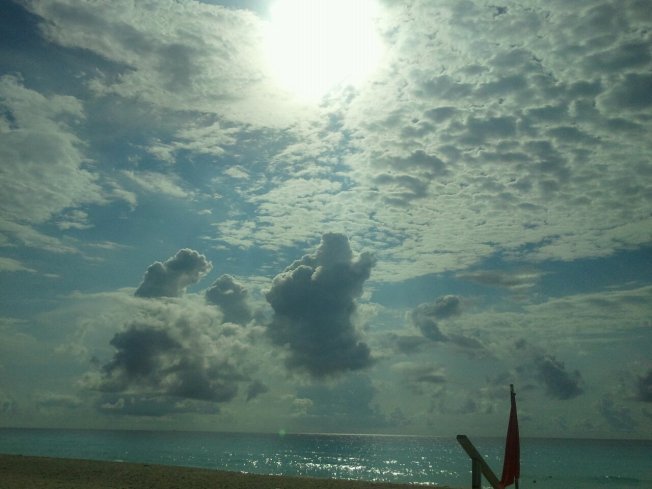 So I visited my trusty John C Maxwell Leadership Bible, and located the following foundational principal which reads in:

Genesis 1:26 Then God Said, “Let Us make man in Our image and according to Our likeness;…” It goes on to state in Genesis 1:27 So God created man in His own image; in the image of God He created him; male and female He created them.

From time to time over the years since I first read this, I’ve thought about what those words really mean to me. For a long while I acted under the belief that because God is spirit and has no “physical image” that the scripture MUST be referring to us having been created in God’s spiritual image only. Makes sense. After all the song does say, “We are spirits in the material world”.   I was ok with this notion for years.   Then I started to think, what if we as (humankind) are actual extensions of God’s presence in the flesh. If that’s the case then perhaps the scripture means that literally we are created in God’s physical image because one can only “see” God in physical form as us.   Hmmmn, interesting. And then last week I had a bit if a revelation. Erwin Schroedinger and his cat. Yes, you heard correctly, Erwin Schroedinger and his cat. 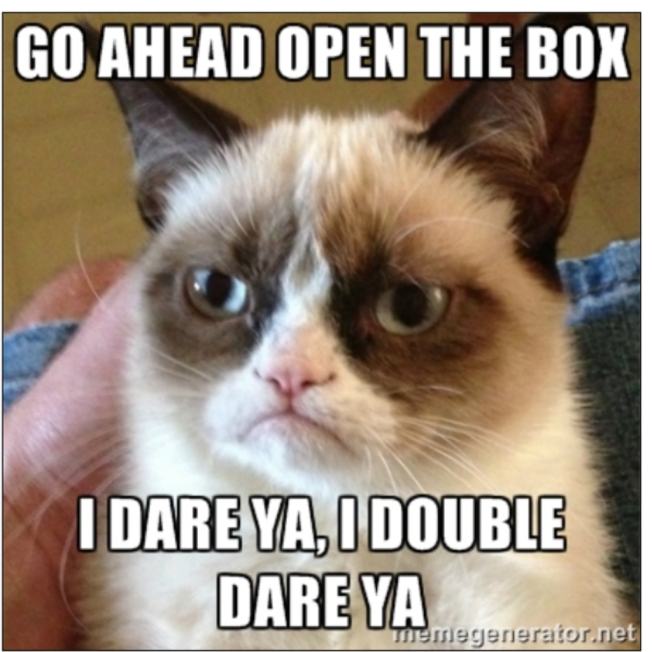 Loosely explained, in the 1930’s Erwin Schroedinger performed a thought experiment in the field of quantum physics in an attempt to explore a relationship between two particular states of being. In this thought experiment, imagine if you will, a cat in a box and the box closed with no visible way of identifying the cat’s state of being at any time until the box has been opened. Also in this box, is a bit of cyanide and at a particular time, the poison is released within the box. Now, there is no way to tell without opening the box and looking inside, whether or not the cat is alive or dead. One could argue that until the box is opened, the cat is neither dead nor alive BUT BOTH dead and alive at the same time. Think, if a tree falls in the forest and there is no one there to hear it, does it make a sound.

Now although this was only a thought experiment, and no actual cat was harmed during this exploration, it did give me insight into the image and likeness question. Could it be that God has/is BOTH no physical image and likeness AND EVERY physical image and likeness in existence? If this is true, and we are borne into existence as a reflection of that truth, then this is great news for all of us because it gives each of us true access. Creative access to all things; with unlimited potential, the power of choice and of free will, and a universe full of infinite possibilities.

I think I like being created in BOTH the physical AND spiritual image and likeness . . . at the same time. Certainly makes it easier to live a fun and loving life. Guess I’ll never really know until it comes time for me to open that box. In the mean time, I intend to live everyday as though every thought and every moment matters. And by the time my box has been opened . . . assuming I am on the right track, ideally I will have already made my Mark. Ha ha ha get it, made my Mark, ya see what I did there?

So why does any of this matter?

Because awareness matters. Our personal awareness matters so that we can take responsibility for our own thoughts, words and actions without imposing our own beliefs on someone else. In the world of infinite possibilities ALL beliefs are valid and really, who am I to judge, I’m a visitor on this planet just like you.

We are clearly living in a time, especially here in the US, where hundreds of years worth of compounded separation has brought some of us to the point where it’s simply acceptable to discriminate, judge, point the finger at or blame someone else because they don’t look, act, speak, think, sound or behave the way we want them to; like us.

For the record, I am choosing not to cite any of the “newsworthy events” of the past year and in

particular of this political season. Many of you know what I mean and may even feel the same way.

and I further understand that where my attention goes, the energy flows.

That said, this compounded effect has created a present day dynamic that hi-lights and emphasizes ways in which we (humankind) are presumably different from each other, and as a byproduct we find that some people are constantly dumping on others in a way that promotes more dissention and separation. Can any one of us honestly say that behaving in this way actually feels good? The truth is that we (humankind) are far more alike than we are different; on a physical level, on a scientific level, on a metaphysical level and on a spiritual level. Know this to be true and act on it and lives will change forever. How we behave towards one another will change forever, how we treat each other on a day-to-day basis will change forever, and how we grow closer as a family of Oneness will change forever.

Are you ready for the GREAT NEWS?

Ok, here it comes. In spite of our present circumstances and an overall false appearance of lack and limitation, it is clear to me that we, at this very moment are all moving swiftly into a new level of higher consciousness. I can feel it within and around me, and perhaps you do as well. I intend to do my part and contribute meaningfully to our collective vibration as we shift into a space of more peace, more laughter, more joy, more happiness, more forgiveness, more patience, more passion, more giving, more kindness, more compassion and especially into a place of more LOVE; exactly the place where our collective energy wants to be.

Thanks for listening and remember –

When Your Life Is Fulfilled, The World Becomes A Better Place.

So, Do Something Everyday That Makes You Happy.